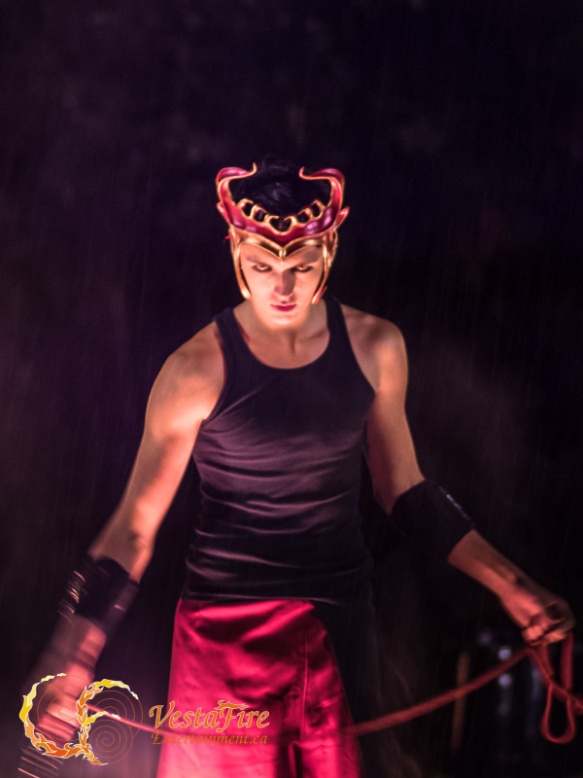 Would you dare to open Pandora’s Box?

Suppose someone gave you you a mysterious present, wrapped in ribbons and bows, but with a warning that once opened, it can never again be contained. What would you do?

Bring the family to our Fabulous Theatrical Fire Show- a 30 min fire dancing circus extravaganza to culminate Nanaimo and Victoria’s Downtown’s Halloween events. We are including crazy set design and flame effects! There are 8 people in the troupe, and significant costume, prop, fuel, and insurance costs to produce this large scale show- your busking donation supports LOCAL artists and cultural events happening in your community. 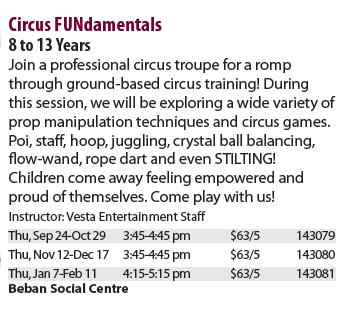 We had a WONDERFUL time teaching the SOLD OUT Vesta Circus Summer Camp 2015! We would LOVE for kids to join us in our new ONGOING Circus lessons Thursdays, 3:45- 4:45, starting September 24th, at Beban. We have only 10 spaces, and will fill up quickly! Registration is open Aug 26th through Parks and Rec. We will be covering all props in depth, as well as STILTING and choreography. Students may be invited to join us performing at local festivals such as Canada Day and Bathtub! COME PLAY WITH US! 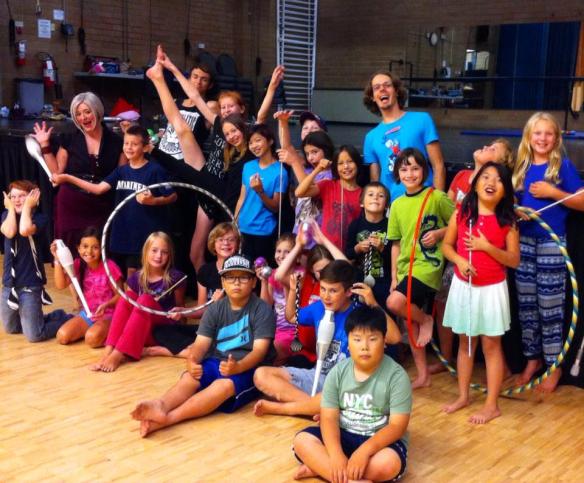 Vesta is so excited to be partnering with Aeriosa to bring Circus Dance and Aerials to Nanaimo! We are running a week long program this spring break March 23-28th 2015, at the Romper Room Climbing Centre.  This is for ALL AGES- teens, adults and children over 8. 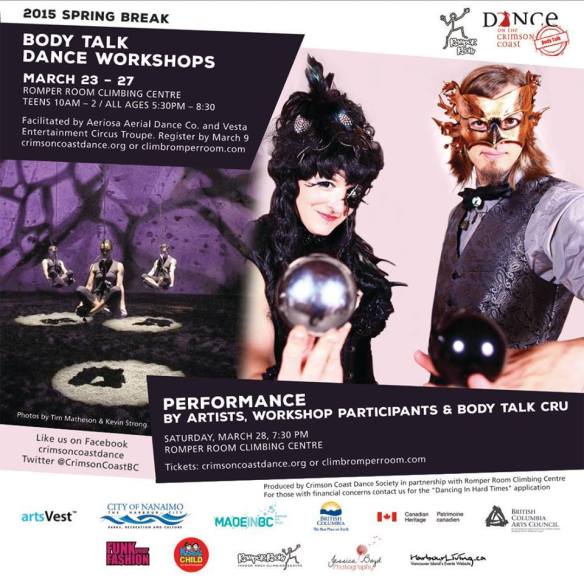 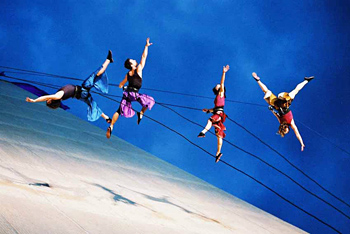 Kat and Karina headed south this week to perform at the 8th Annual Fire Expo in San Francisco! We were invited to present two routines (Pendulum Poi Solo, and Cosmic Love Hoop/Staff duet) in the heart of downtown SF: Union Square, in front of 3000 people. We had an amazing time at the event, and spending time and training with the incredible circus community in the Bay area for the entire week. It was so inspiring to be sharing the stage with some of the best Fire Performers in North America.  Here’s some pictures from our routines, and backstage shenanigans! Many thanks to the photographers who captured this special moment, and to the Temple of Poi for hosting the event.

Check out the amazing photos (click to enlarge!), and here’s video of our routines!
Cosmic Love 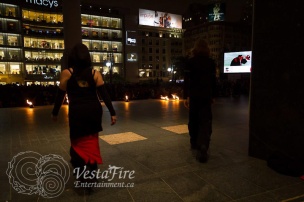 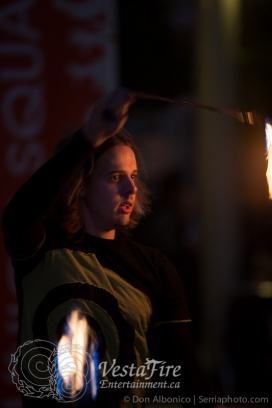 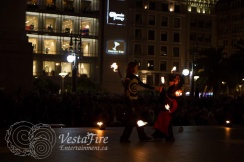 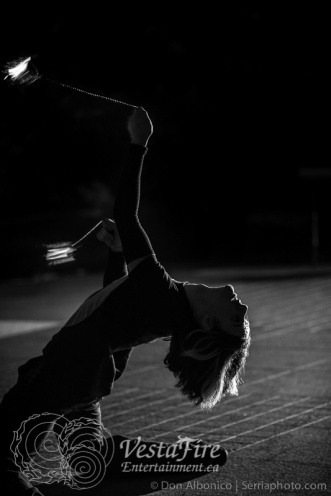 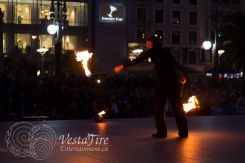 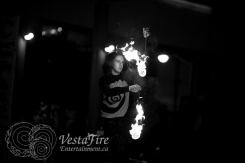 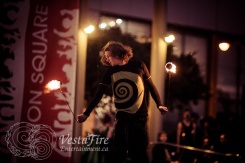 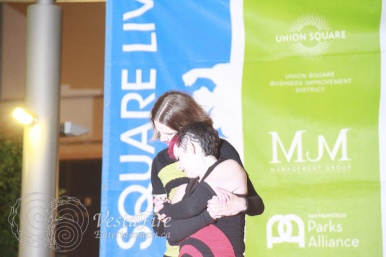 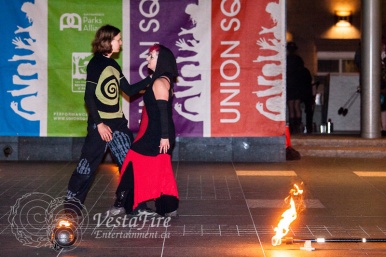 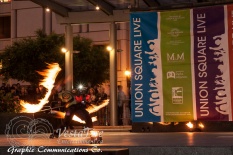 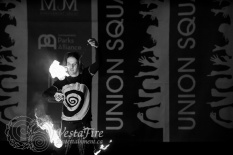 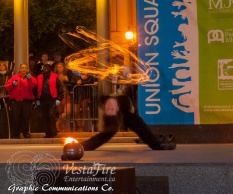 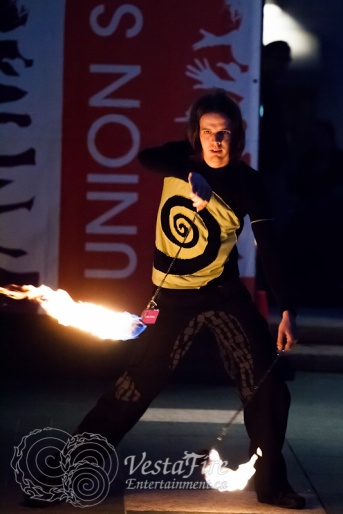 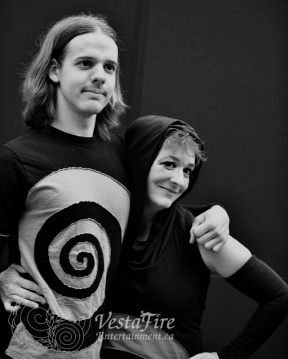 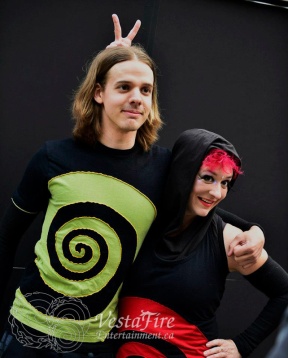 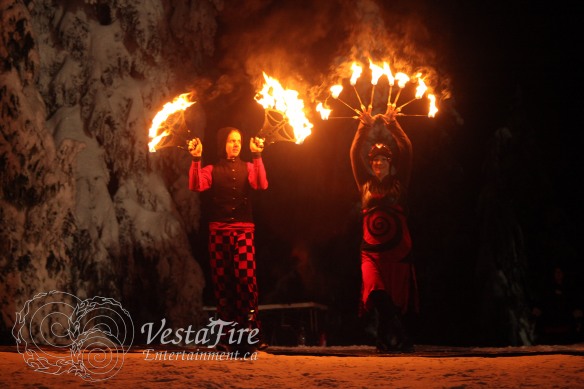 The Fire Expo, produced by Temple of Poi, is one of the most renowned festivals in the fire performance community. It started as an illegal renegade show on a street corner in San Francisco in April of 2005. Hundreds showed up to watch that first performance and it has since become the biggest legal fire show in North America, bringing in crowds of over 3000 people. The festival is fully publicly funded by Kickstarter donations.

In December 2012, VestaFire responded to a call for artists, and sent in a video audition. Then, in mid-January they received the news that the troupe was accepted for not one, but two performances in the show. “We are so honoured and incredibly excited to have been chosen to perform at the Fire Expo. Isa ‘GlitterGirl’ Isaacs is one of the icons in our field,” said Karina Strong, troupe co-ordinator. Isaacs is the co-ordinator of the Expo and founder of Temple of Poi. Strong, along with performer Katlan Irvine, will perform a fire hoop and fire staff duet, and Irvine is slated to perform a solo with fire poi. “For Kat to get offered a solo spot on that stage is amazing,” said Strong.

VestaFire began in 2010, and is central Vancouver Island’s only professional circus and fire dance troupe, providing spectacular entertainment for corporate and private parties, costumed stilters for festivals, and teaching circus themed summer camps. They travelled to Thailand in 2012 with Spark! Circus, performing in hospitals, refugee camps and orphanages, and will be performing this July at both Vancouver Island Music Festival, and the International Busking Festival in Victoria.